The Animal Rescue Fund of the Hamptons announces the arrival of nine puppies and their mother last week to the East Hampton Airport. Rescued from rural New Mexico, two flights carried these dogs to the East Coast where they will be put up for adoption at ARF Hamptons.

Earlier this fall, two-year-old Shepherd mix Zia, a stray, along with her nine babies were found, scared and cold in Española, a rural area of New Mexico, north of Santa Fe by a local mom behind her daughter’s dance studio. Zia and her puppies (two males and seven females) were taken to Española Humane, the area shelter.

At capacity and faced with limited resources, Española Humane looked to form new partnerships out of state and contacted ARF Hamptons for help after Dr. George Dempsey, the Medical Director of East Hampton Family Medicine became aware of the situation in Española this past summer. Dr. Dempsey was in the area for a family reunion with his cousin Dr. Tom Parker, the Director of Medicine at Española Humane. Dr. Dempsey – who is also an avid flyer – wanted to help. He contacted ARF’s Executive Director Scott Howe to see if ARF could assist Española Humane in any way. The answer was “yes,” provided the two shelters could overcome the obstacle of the distance between them.

After a month of coordination, two volunteer rescue flights were arranged for Zia and her puppies. Now two-months-old, seven of the nine puppies took their first trip in a plane with ARF’s partner and friend, Four-Legged Fliers, piloted by Jan Brentjens and Matthew Pellegrino (pictured above) which arrived at the East Hampton Airport on Saturday, November 19. A few days later, Zia and her remaining two puppies were flown by Dr. George Dempsey and David Reinbach, landing in East Hampton on Tuesday, November 22.

ARF has a long tradition of helping communities where animal overpopulation stresses the capacity of local shelters, and it is pleased to establish this new relationship with Española Humane. Once medically cleared by ARF’s veterinarian Mom and her puppies will be available for adoption just in time for the holidays. Adoption applications can be found on website here. 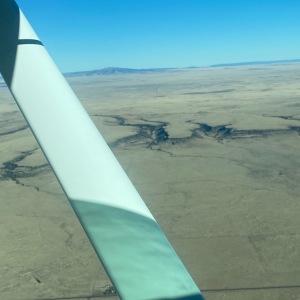 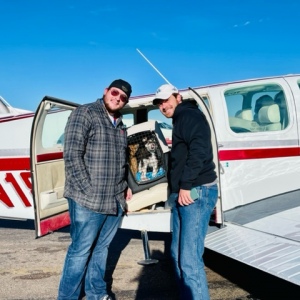 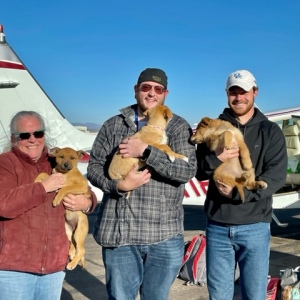 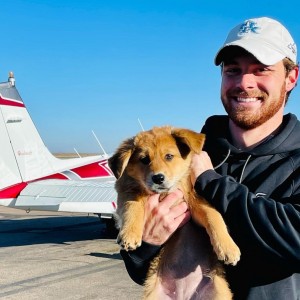 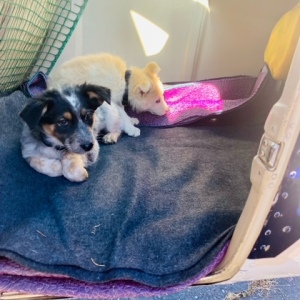 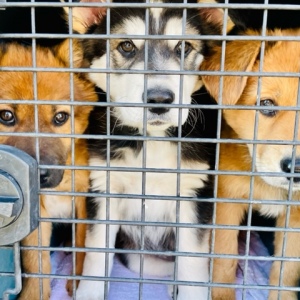 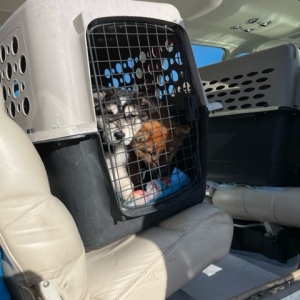 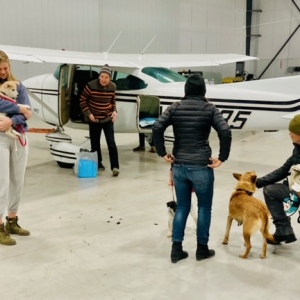 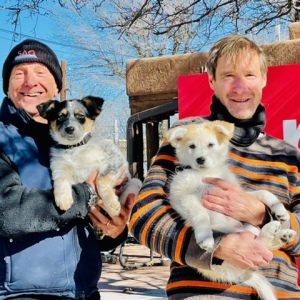 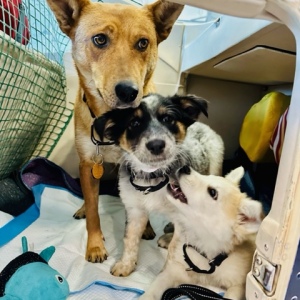 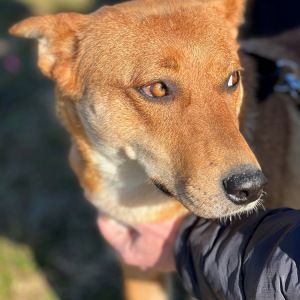 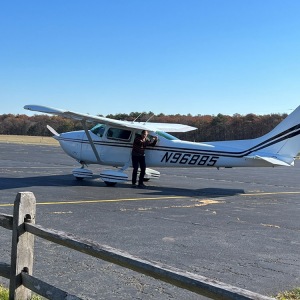 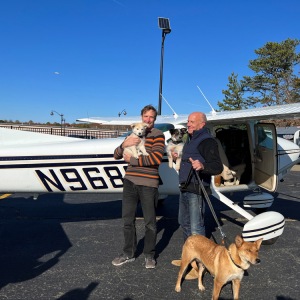 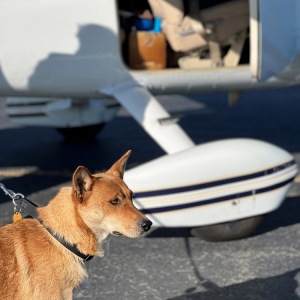 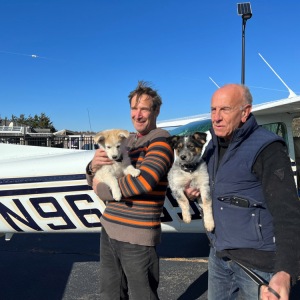 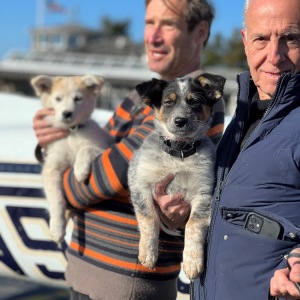 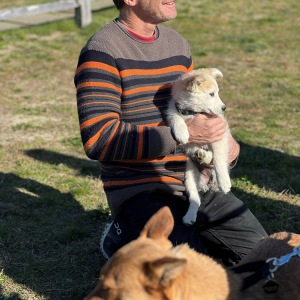 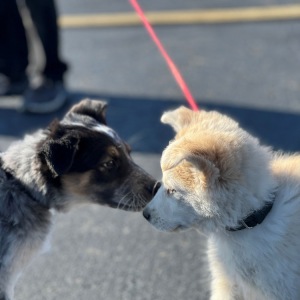 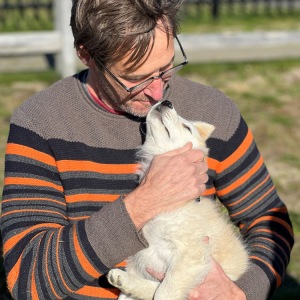 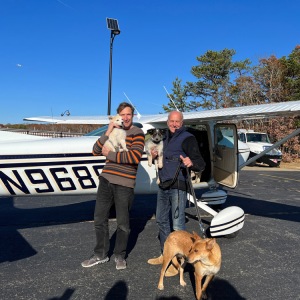 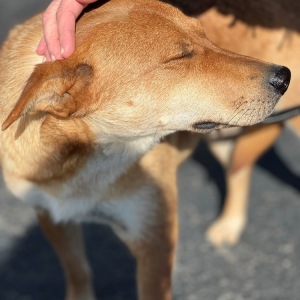 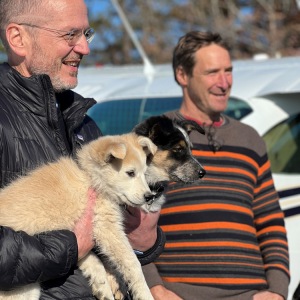 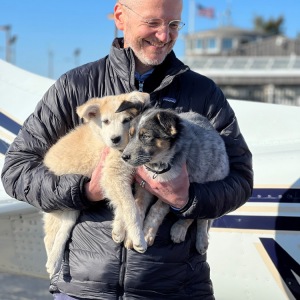 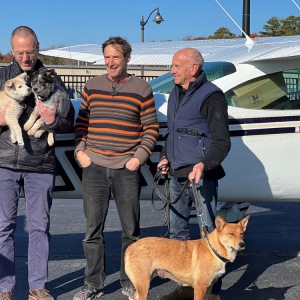 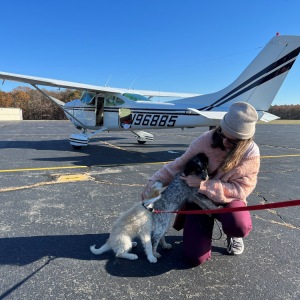 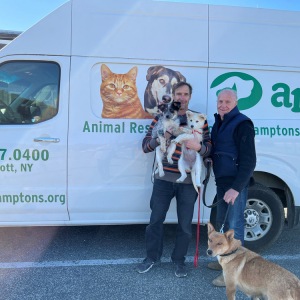 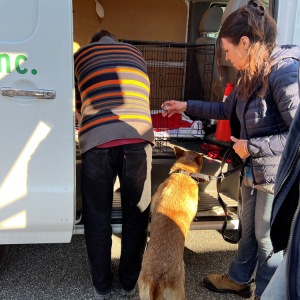 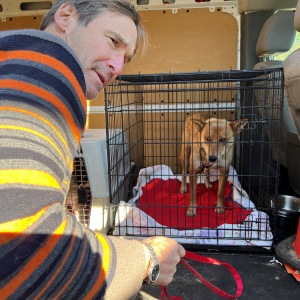 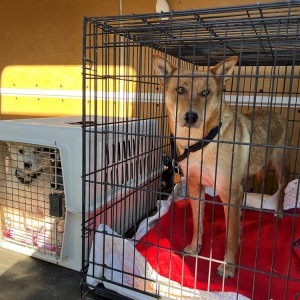 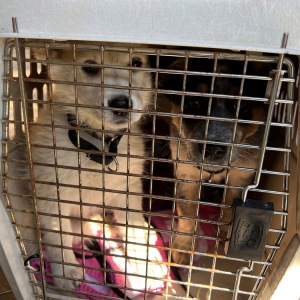