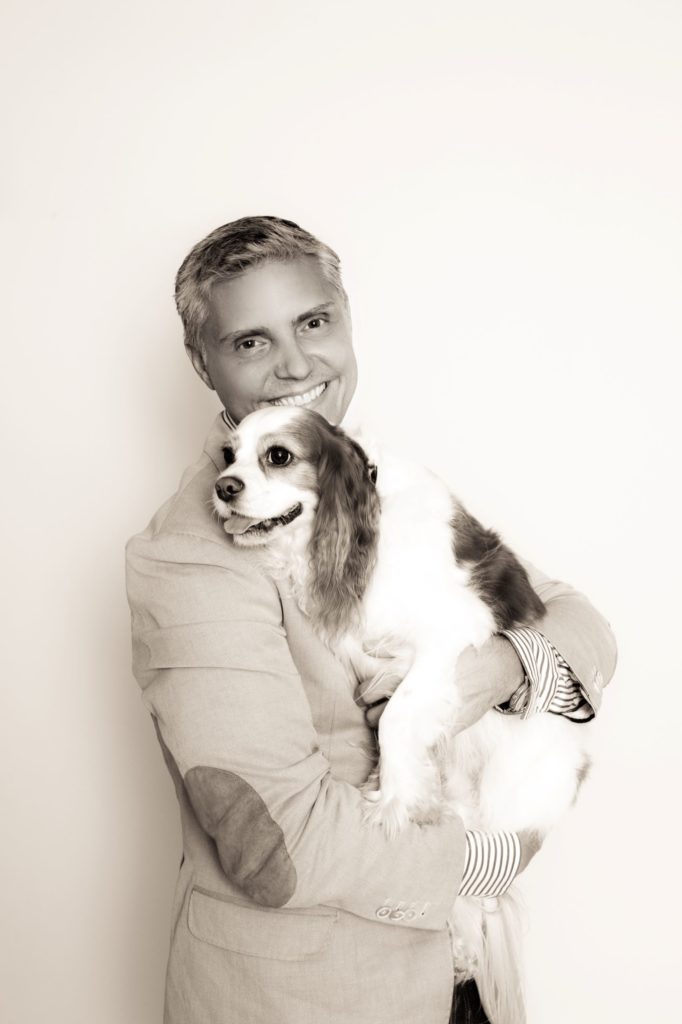 In the beginning, David Monn did not allow many people into his home, and certainly not on some furniture. He was quite particular about sharing his bed and sheets, and especially particular as to the fastidiousness of his office.

Enter a 10-week-old, 5-pound Cavalier King Charles puppy named Sammy, and David’s world was forever changed. As ARF offers a new chance for life and its joys to the dogs and cats that it saves, so too it provides the opportunity for love, change and growth in the lives of those who receive the gift of these animals.

Sammy didn’t understand that he shouldn’t be allowed on the apartment furniture, and as a result, he transformed David’s notion that this was possible. In the office, where every detail has an exactness, Sammy not only felt free to climb on desks, but also might, if the mood pleased him, climb up onto the conference table during a meeting just to hold court.

At home, Sammy’s regular dinner was D’Artagnan rabbit, something not served with anywhere near the frequency to human guests. And, when it was time for sleep, and Sammy’s pillows were puffed, he would stand waiting until they were placed flat to insure his comfort, something similarly not offered so generously to human animals.