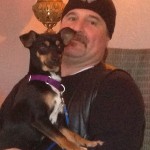 “This was the first time we adopted a pet. It’s been such a positive experience and we often say we saved him and he saved us. At that time we were going through the empty-nest syndrome and Levi was there for both me and my husband. Thanks again for such a great gift.” 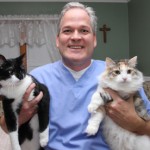 “My husband and I had just lost our beloved cat Salem two weeks prior and were very sad, so we took a ride to ARF and the rest is history. We had a WONDERFUL experience.The staff is beyond terrific and made the process so pleasant. Heather went above and beyond to help us add to our family!!! I would, and do, recommend ARF to everyone we know!! We will always come back to ARF.”

-Valerie and Matthew Gibbons, owners of Gibbons Veterinary Hospital, adopted both Clarisse and Batman in April 2013. 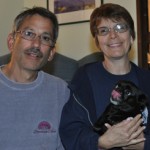 “Monkey has become a wonderfully loving and engaging dog. We are constantly stopped by people who are curious as to her breed, and are amazed by her personality. Had we not stopped at ARF, we would have never gotten such a wonderful and affectionate dog. Rescue dogs are truly grateful for their new chance in life.” 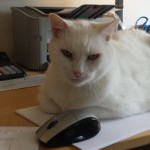 e Pharaoh and I own Bookkeeping 101 in Sag Harbor and love animals. A year ago, we
said, ‘We need an office cat!,’ so off to ARF we went. Ace mills about and brings a smile to
everyone’s face. He’s so happy to be here and we’re so happy to have him. Who says cats are just for the home?? Keep up the great work, ARF staff!” 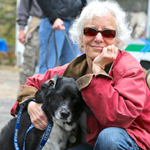 “I was at ARF taking pictures for the calendar when Jimmy was bought out, and it was love at first sight. The staff explained that he had epilepsy but that his condition was manageable with medication. Jimmy’s loving, full of personality. A few pills a day, and the seizures are totally under control. I am so grateful to Sara and the staff for recognizing and nurturing the potential in each of the animals lucky enough to be at ARF.”

-Amy Sullivan adopted Jimmy in May 2011.

We were a family of four, but now are a family of SEVEN. After visiting ARF for years, we heard about a 3-legged kitten named Sarah. We re-named her Maeby, and this special kitten came home on Thanksgiving, 2012 along with fellow kitty, Ace. Tabitha joined the clan in April 2013. While definitely a busy household, it’s also an extraordinarily fun one!”

-The Grabb family adopted Ace and Maeby in November 2012 and Tabitha in April of 2013. 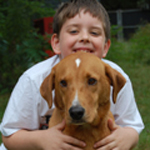 “We just wanted to say Willy has become such a huge part of our son’s life and a wonderful addition to our family. We can’t say enough about how ARF has matched us up with the perfect dog.” 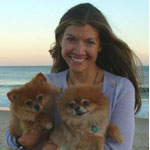 “We are so lucky to have Trinka and Lulu join our family. Beyond being simply adorable, they bring so much joy and humor into our lives each day, and have made us dedicated to increasing awareness of the atrocious conditions in puppy mills and pet shops. We would not have Trinka and Lulu without ARF. We are forever grateful!”